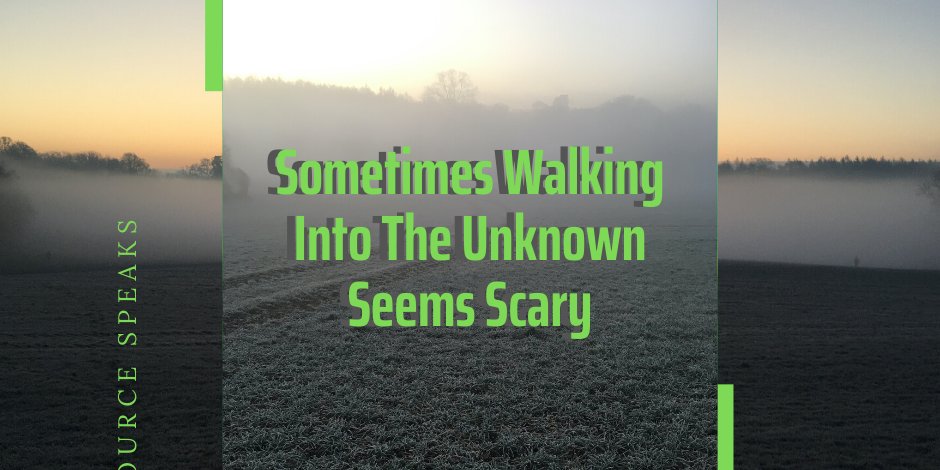 On a recent Shamanic Training I went out to greet the sun as it rose in the sky and this wisdom can through me from Source.

On my walk it was a crisp wintery morning and there was a wall of mist ahead which initially felt quite unnerving to walk into.

A lot of people like to stay to the areas where they can see clearly what lies ahead, what is in front of them.

And most people like to follow the path of others. But one thing that I’ve learnt today is, it’s not the most comfortable path to walk, following in the footsteps of others.

Theres uneven ground and ridges that have been created by the footsteps of others which make us stumble and make the going feel like hard work.

I realised that I actually found it far easier when I stepped off that known path, the path created by another and walked my own.

When I created MY OWN footsteps in the naked earth before me, that path was actually easier to walk along. I also noted that when I looked back I saw the path that I’d created trailing behind me.

A path for others to follow if they so chose. But also an indication to others coming behind me that actually, it’s ok to step off the known path, the known trail and that someone else has done it before you.

Now you may not choose to follow in their footsteps exactly, but just knowing that someone has stepped off the main trail and has walked and created their own path is an inspiration and a permission slip for others to do the same.

When the well trodden path felt difficult I followed my heart and stepped off that path into the virgin landscape and created my own path. It was in following my heart, my hearts direction and taking one step in front of the other in alignment with that compass that brought me safely to where I wanted to be.

May you be forever guided by your heart and take courage in the fact that others have stepped off the main path and made their own way through their own personal virgin landscape to get where they are meant to be.